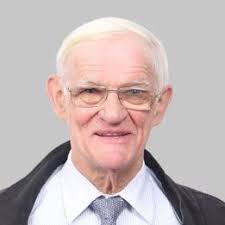 Jan Baeyens (1946) studied Nuclear Engineering (Brussels, Belgium) and Chemical Engineering (Leuven, Belgium). He obtained his Ph.D. in 1974 at the Postgraduate School of Powder Technology (Bradford, UK). After his military service and 13 years of employment (1975-1988) in engineering divisions of various Belgian companies, he became a part-time Professor at the University of Leuven (B) and worked as a process and project consultant in Europe and overseas.
He joined the University of Antwerpen, Belgium in 2003 as a full-time professor, responsible for teaching and research in the fields of environmental, powder and process technology. Between 2005 and 2012, he was a Chair holder of the UK Royal Academy of Engineering (Chair of Integrated Process Development) at the University of Birmingham, UK and at the University of Warwick, UK, where he lectured on process design, sustainable development and renewable energy. He moreover co-ordinated research in the above fields. Since October 2010, he became Visiting Professor at the Beijing University of Chemical Technology (BUCT) and Principal Investigator of the Beijing Advanced Innovation Centre for Soft Matter Science and Engineering (also BUCT), where he is actively involved in the life science/technology and renewable energy research. He continues to co-supervise PhD and Masters’ research at the University of Leuven and at BUCT.
Despite his late academic start, he has contributed to over 255 publications in international journals, is author/editor of 14 books and a regular speaker at international congresses. His H-index is 58 (Scopus) and 66 (Google Scholar). He is a regular Guest Editor for Elsevier journals, and editorial board member with MDPI, Renewable Energy, Springer-Frontiers, and Frontiers.