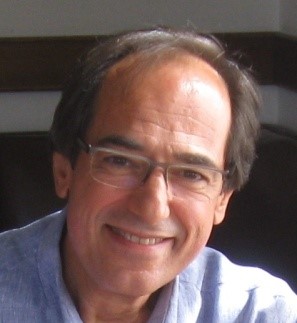 During more than twenty years on the AUA faculty, Papadakis’s research and educational efforts have focused on heat and mass transfer, renewable energy technology (in particular solar energy) and water desalination in combination with renewable energy technologies, particularly reverse osmosis desalination powered by solar photovoltaic and wind. He has also been working on the development and application of microgrids consisted of renewable energy technologies for electricity supply, on the development of energy systems based on the Organic Rankine Cycle (ORC) and on the biofuels’ deployment for power production. He has founded and he is leading a multidisciplinary energy & water research group at AUA. He has also filled a number of administrative roles at AUA, especially the period 2010-2014 where he was vice president of economics and research of AUA.

He has directly supervised more than 60 graduate theses, including 6 PhDs and postdoctoral associates. He has authored more than 180 publications and Google scholar reported in February 2020 more than 7300 citations with h index equal to 45.

Besides the Editor-in-Chief of this journal, he is member of the Editorial Boards of six (6) international scientific journals in the field of energy.