© 2021 by the author(s). This is an Open Access article distributed under the terms of the Creative Commons License Attribution 4.0 International (CC BY 4.0), which permits unrestricted use, distribution, and reproduction in any medium or format, provided the original work is correctly credited.

The role of renewable energy in the present and future of mankind is highly significant. The inevitability of climate change makes this prospect necessary. More specifically, the Intergovernmental Panel on Climate Change indicates a 50% chance of exceeding a 1.5°C temperature threshold within the next few decades [1], while the United Nations Environment Programme (UNEP), suggests that reductions of 30% are needed to stay on the least-cost pathway for 2°C and 55% for 1.5°C [2], in order to be in line with the Paris Agreement [3] and the recent Glasgow Climate Pact [4]. To achieve and support these targets, the EU policy group has published the “Clean energy for all Europeans’ package” [5], consisting of specific legislative proposals. The promotion of renewable energy sources (RES) occupies a fundamental position in this institutional revision. More specifically, the recast of the Renewable Energy Directive 2018/2001/EU [6] established a new binding target for renewable energy in the EU of at least 32% by 2030. In terms of electricity, the current prospects are positive, while for heat and transportation, the path is not so easy [7]. In terms of heat demand level, there is concern over the possible further penetration of RES in buildings and in the industry [8].

Beyond an institutional level, the technological progress of RES has been significant, centering on high-efficiency systems that can be integrated towards multi-energy uses, supporting the concept of an energy hub [9]. The three D’s concept (namely decarbonization, digitalization, and decentralization) paves the way for low-carbon energy generation and decentralization of the energy supply, leading to self-contained small distribution networks, integrating smart technologies, especially on the control level [10]. Although, this concept has initially appeared on electricity generation, a similar trend for heating can be seen as well, highlighting the role of district heating networks and heat pumps [11]. The significant penetration of heat pumps onto the heat sector, together with the prospects of hydrogen, demonstrate a future potential unification of the main energy demands of electricity, heat and transportation, through a holistic energy system perspective. The terms of “sector coupling” or “integrated energy” are also referred to in the relevant literature [12]. For this goal, priorities should be set, with regard to the matching of the different energy sources to the respective energy demand. More specifically, while hydrogen can be the solution for high-temperature heat demand, for lower temperatures, such as on the building level, the discussion is still open [13,14]. Within this context, the EPBD recast [15], predicts the potential for buildings to act as chargers for electric vehicles, whereas the “prosumer” initiative lies within the concept of autonomy [15]. Given the complexity of the aforementioned integrated energy hubs, energy flexibility can be a challenging concept [16], enabling demand response control, while enhancing effective and efficient operation of the respective systems. Towards this direction, optimization processes should be implemented; the criteria should include energetic, economical and environmental elements, but LCA philosophy will also be important [17].

The 12th National Conference on Renewable Energy Sources had the ambitious goal of highlighting the current research and implementation aspects towards the broader dissemination of RES, including experimental and simulation analyses. The conference was organized by the Institute of Solar Technology (IST). IST is a scientific and educational organization, established in 1980 to encourage research, development and exploitation of renewable energy sources (RES), while establishing international collaborations, as well as proposing more efficient policies for the wider dissemination and implementation of RES.

The targeted special issue aims at highlighting some of the main concepts presented at the conference. The works include a variety of energy sources and applications, design and operation issues, within this dynamically evolving environment (soon to be carbon-free). Special thanks are extended to the Department of Mechanical Engineering and the Faculty of Engineering of the Aristotle University of Thessaloniki for their financial support, as well as the Research Committee of the Aristotle University of Thessaloniki for its intention to provide free conference venues in case the conference was held in person. 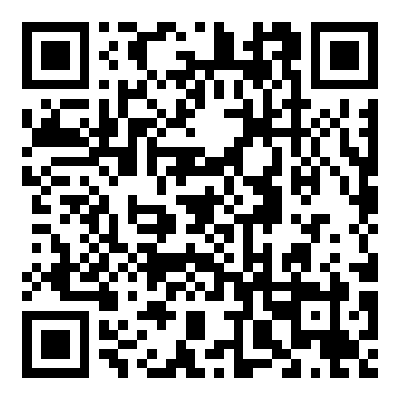